Here are the first four entries from the reference section in The Les Paul Guitar Book of 2009, and below that a sample page from a bit further on. There are just over 100 entries, ranging from relatively short single-variant ones to much longer multi-variant entries (for important models like the Custom, Standard, Junior, and so on). The examples here should at least give you an idea of the amount of info I’ve condensed into the format I use generally for the reference sections in all my books. 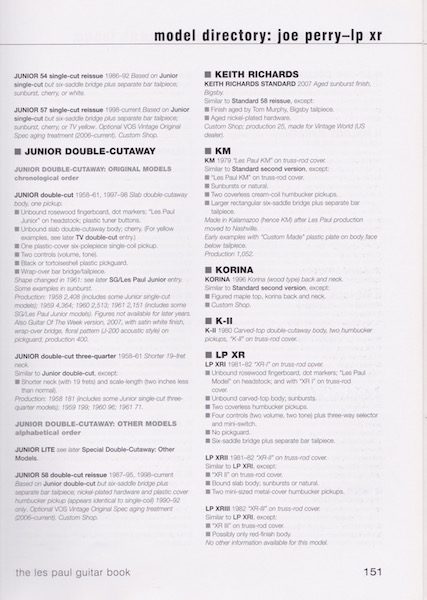